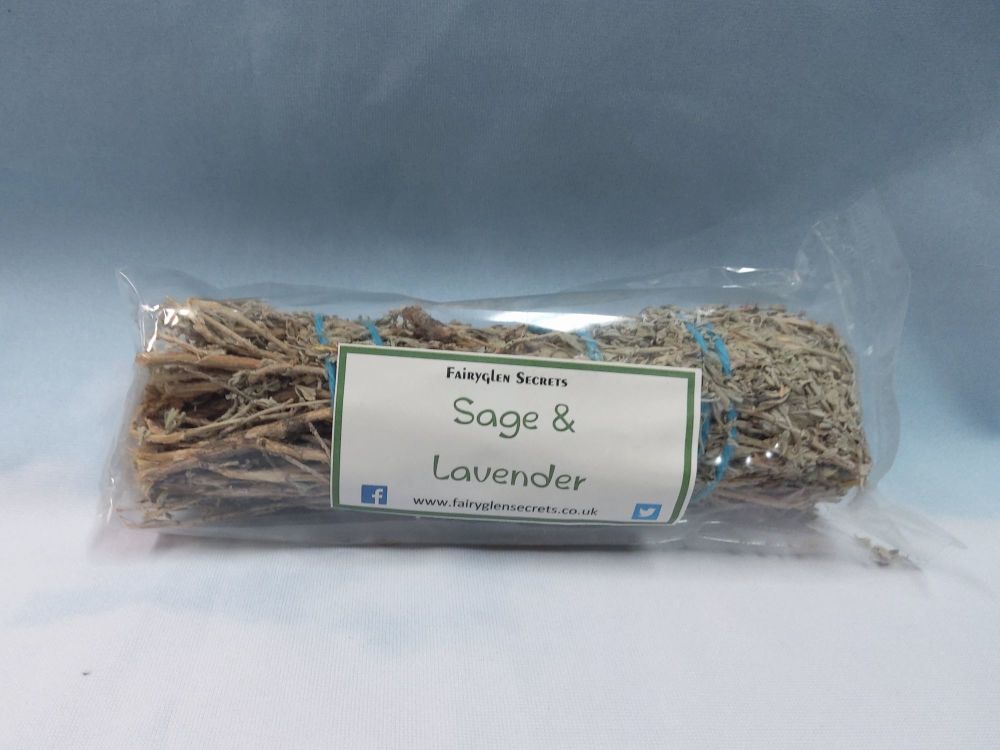 99 in stock.
0 in your basket
View Basket Checkout

loose white sage is an alternative to burning a smudge stick, sold loose so you can burn as much or as little as you like

WHITE SAGE - The use of sage is for healing . The smoke is used to bless, cleanse and heal the person or object being smudged, Sage is used to "wash off" the outside world when one enters ceremony or other sacred spaces

LAVENDER -  Lavender has powers of protection and cleansing. Magically it is used for protection and also for love. Lavender brings posative energy, opens the heart chakra and calms the mind.